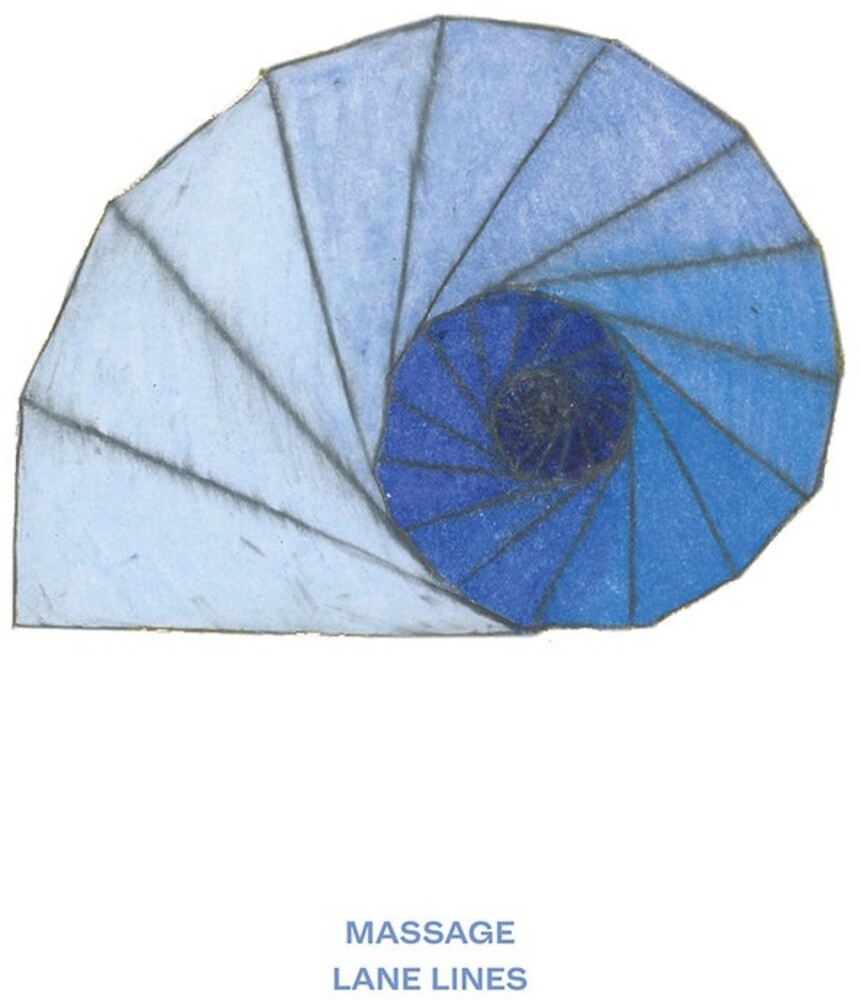 Just a few months after releasing their acclaimed second album Still Life, Los Angeles indie-pop band Massage returns with Lane Lines a six-track EP out in early 2022 on Mt. St. Mtn. (Cindy, Flowertown, Blues Lawyer) that finds the quintet expanding on their Sarah-meets-Creation Records sound with new touches of soft psychedelia, Feelies-ish frenzy and HaĂ§ienda-era escapism. The band didn't plan to follow Still Lines so quickly. But after the pandemic further delayed that multi-year project, Alex Naidus (guitar, vocals, former Pains of Being Pure at Heart), Andrew Romano (guitar, vocals), Gabrielle Ferrer (keyboards, percussion, vocals), David Rager (bass) and Natalie de Almeida (drums) leapt at the chance to make music together again in real life and started gathering on random summer evenings in the tiny rehearsal-space studio of producer-composer Andrew Brassell (Susanna Hoffs) with no clear goal in mind. Lane Lines is the surprise product of those informal sessions - a flash of pent-up creative energy that serves as both a companion piece to Still Life and an exploration of textures and influences that didn't quite fit the full-length but have always been deeply embedded in the band's DNA, with new echoes of 1980s artists that sought to refract the 1960s through their own skewed prisms: Flying Nun, the Paisley Underground, The Feelies covering The Beatles, "Second Summer of Love" New Order. "The songs on Still Life and Lane Lines seem to straddle the line between indie and pop without exactly being 'indie pop,'" Romano says. "To me they feel more like descendents of 'college rock' a moment that lasted from about 1986 to 1991, right before the underground and the mainstream converged, when it seemed like any scrappy indie band might stumble across a hit." The EP begins with the new single version of Still Life standout "In Gray & Blue," which along with previous singles "Half a Feeling" and "Made of Moods" is part of a trio of songs written during the first days of lockdown and later added to the album. But while brief lulls in the pandemic allowed Massage to record the other lockdown tracks in the studio, the LP version of "In Gray & Blue" was entirely DIY a GarageBand demo emailed around for overdubs and ultimately "mixed" by Romano himself.
This website uses cookies to personalize content and analyse traffic in order to offer you a better experience.
I accept Learn More
back to top